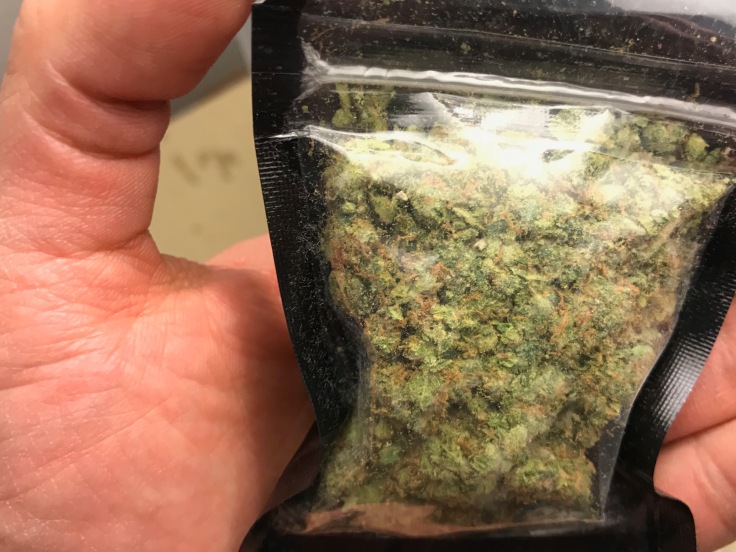 Could break apart easily with hands. The nugs were dry with slight stickiness. 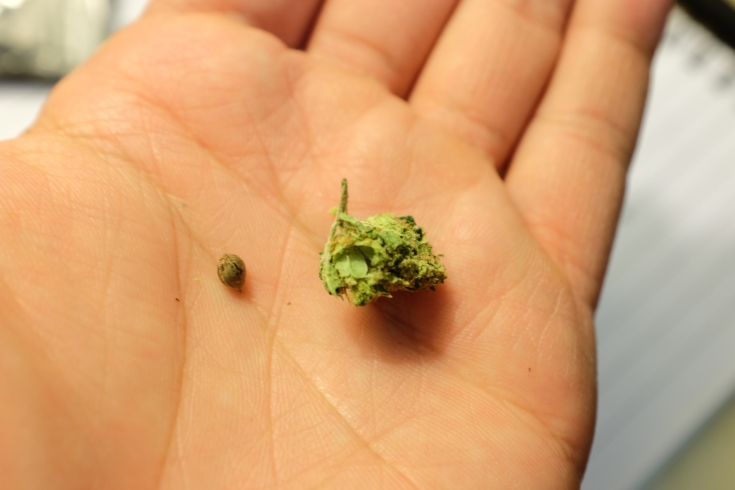 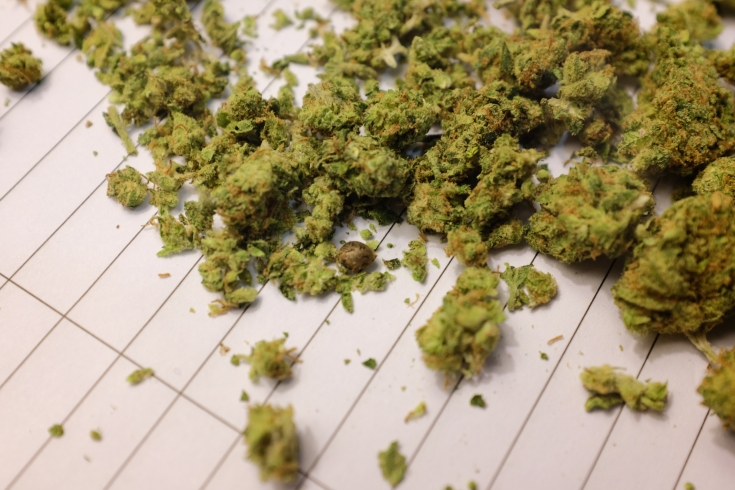 It was said to be ‘Pineapple Express’ from a local dealer with a price tag of $40. But the high wasn’t as strong as expected to be. It was a shock to find seeds as it shows that it was from an unprofessional grower, either growing a male plant together with the female or from a hermaphrodite plant.

When a female is let alone to grow, all the oil production will go into making high potency buds, in simple terms is buds that weren’t pollinated by the male plant. Or it could be that the plant was grown under stress; too much heat, over fertilization, interruption of the dark period, etc. It just shows that the plant wasn’t grown by someone who knows what he was doing.

Even though the buds were properly dried, maybe a little bit too dry shows another clue as well. Or it could’ve been from the energy was all going to making seeds instead of flower and oil production.

As a high potency weed comes from a seedless female cannabis plant, sensimilla.

The high wasn’t as intense as it normally should be with a high profile strain like the Pineapple Express, it still manifested into a high euphoric feeling but more on the lighter side. Like drinking fat-free milk or Diet Coke.

It was a creeper, sort of, took a while to realize that you were high and gave quite the munchies afterward.